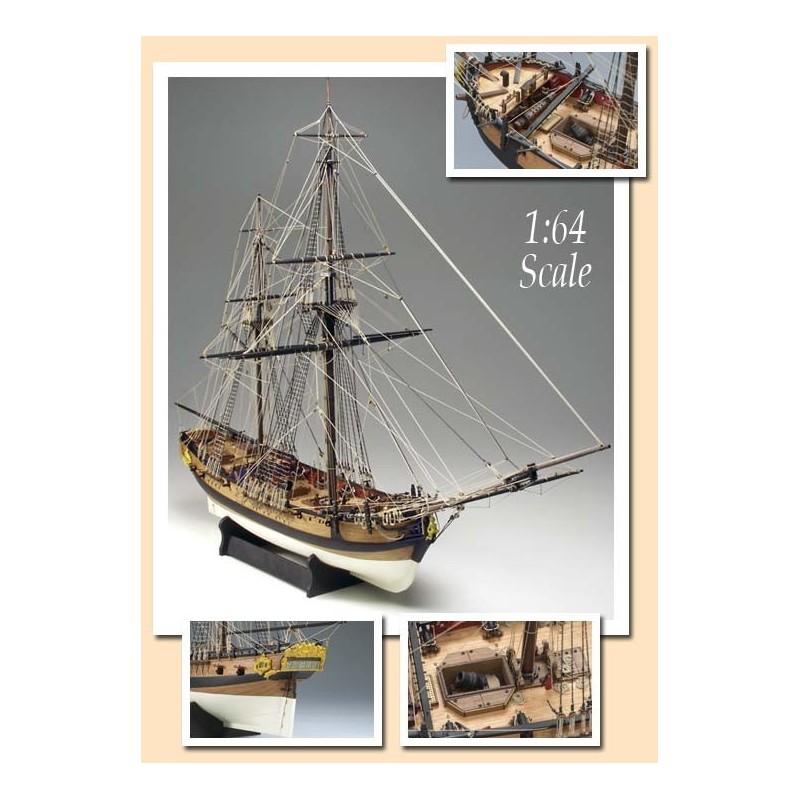 The Bomb Vessel Granado was ordered on 14th September 1741 and the contract was given to the Ipswich ship builder John Barnard and launched on 22nd June 1742.
Her construction work was overseen by the great Navel surveyor and architect Thomas Slade who later designed Nelson's Victory.
Granado's lines (and very uncommon carving work for such a vessel) suggest she was originally intended as a sloop.
For the first 14 years of her operational career, Granado was indeed fitted out as a sloop, not bomb vessel.
From 1745 to 1748 Granado was mainly employed off the East coast of England intercepting smugglers and privateers.
With the impending arrival of what was become The Seven Years War the Granado was recommissioned on 26th April 1756.
It wasn't until July 1756 that Granado was converted to her original role of bomb vessel, where she was refitted at Woolwich for Channel service.
She was fitted with two 13 inch mortars, 4 pounder carriage guns and anti personnel swivel guns.