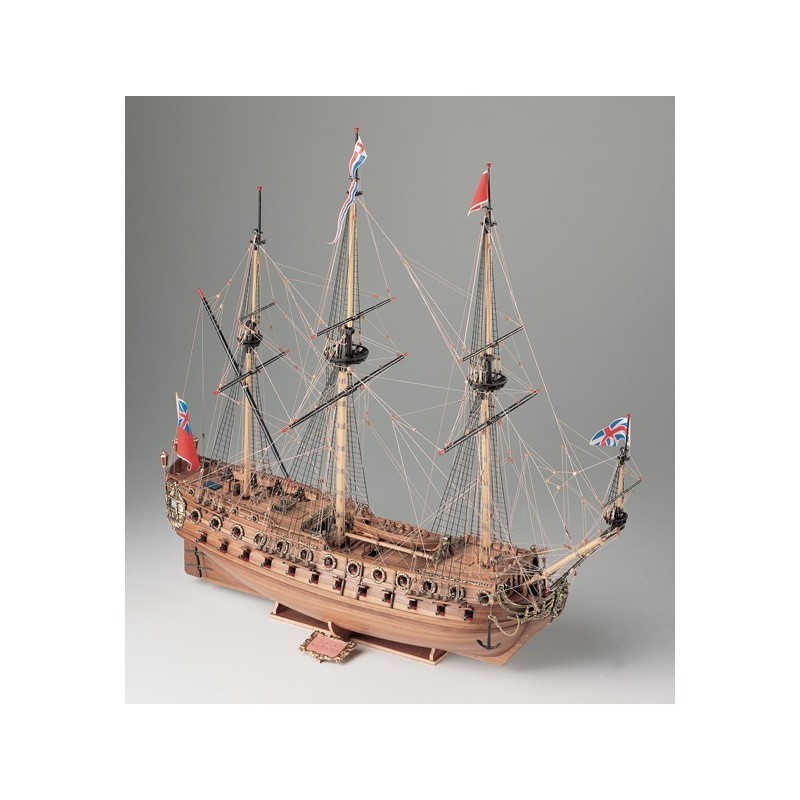 58 canon warship - end of 1700
The NEPTUNE, reconstructed on the basis of original shipyard models perfectly preserved in the
Greenwich Naval Museum, represents a 3rd class vessel (55/60 canons), which took part in the battle at La Hougue on 2 June 1692, where the English fleet commanded by Admiral Rooke, defeated the French fleet commanded by Admiral Tourville.
NEPTUNE has decorations that are typical of the Royal vessels of the period and reproduces the decorative part of the famous Admiral Prince in a smaller scale.
The vessel underwent major changes, in the same way as other similar ships: the spritsail mast therefore disappeared and the jib boom was added to the bowsprit, and the bumpkin booms and the yards for the topgallants were added to the top-masts.
The NEPTUNE is an accurate reproduction in a 1:90 scale of a classic, fully-armed English vessel of the ‘700s - 58 canons - of which 26 on the lower deck, 24 on the main deck and 8 on the quarterdeck.
Scale 1:90 Lenght 560 mm Height 615 mm
Corel
SM58
1 Item